I would never have imagined that I would have more than one post on Mobile gaming but when travelling and I have no choice, it gives me an opportunity to explore games I wouldn't consider otherwise.
The first of my next two games I've been exploring is Fallout Shelter. I know I'm a little late to the party on this, but this is an incredible little game, released by Bethesda as a pre-taster of the upcoming Fallout 4. 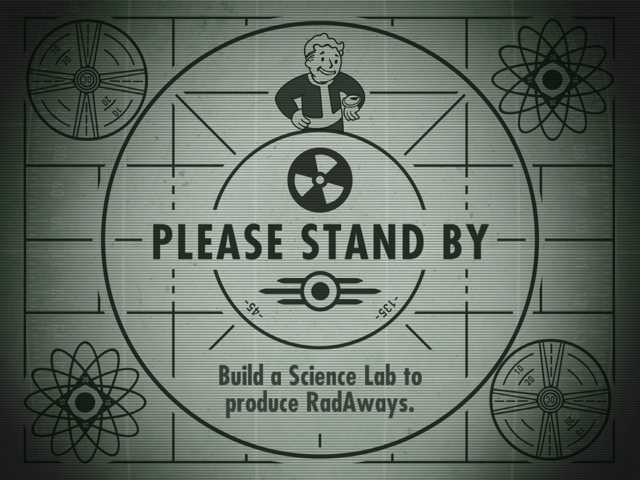 Taking on the role of the overseer of a shelter or Vault, surviving a nuclear winter, you manage people with various skills to operate various rooms producing food, water and power inititially and later building other rooms with various functions to promote happiness and health of the Vault Dwellers as well as living quarters allowing two Dwellers who love other very much to bring another dweller into the world, who can then work for the betterment of the society. Some of the cheesy chat up lines used during this courtship are hilarious. 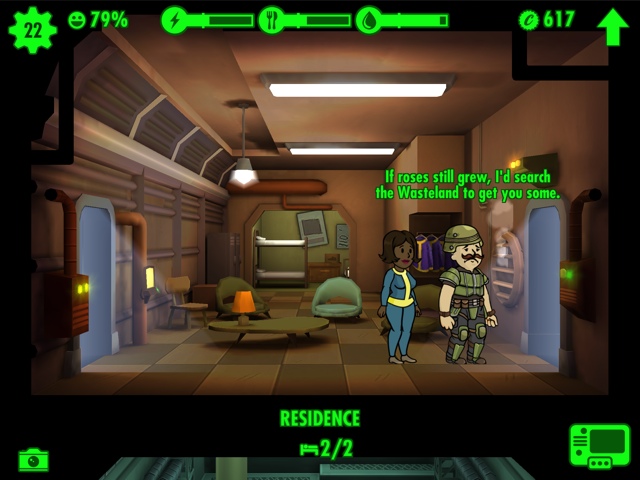 My favourite part of the game is that can equip dwellers to venture out into the wasteland, as you do in the Fallout games, to forage for equipment and bottle caps, the Fallout world's currency. 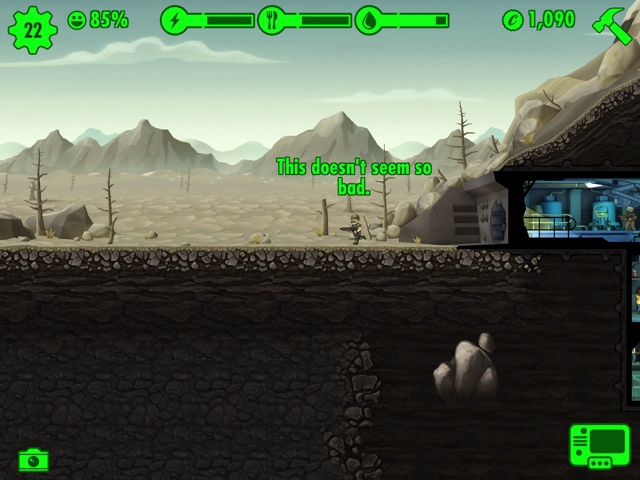 Next up is Angry Birds 2, the latest release from Rovio after the huge success of Angry Birds and it's various spin off games. The game has already beaten records with over 20million downloads in its first week, something that it took the original Angry Birds 9 months to do, some five years ago and speculation is that the studio that created the game, Rovio, are currently worth 9 billion dollars. 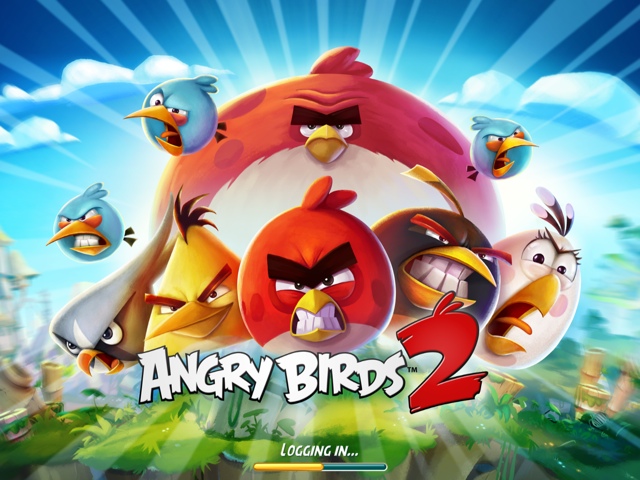 As for the game itself, it's just as addictive as the original. It has a few new mechanics, though I've only been through the first dozen or so levels, and has Facebook integration so you can compete against friends.
The game is a very simple concept (fire birds from a catapult to destroy pigs hiding in various destroyable structures) but they are fiendishly difficult at times. Add to this that failure means starting the level again again, unless you pony up gems for an extra bird, which are earned to some degree in game, but conveniently available via most major credit cards. Also you only have so many tries at a level before you have to either wait a certain amount of time for more loves or again, get your wallet out. This feels like a blatant cash grab and I don't recall the original game being so mercenary. 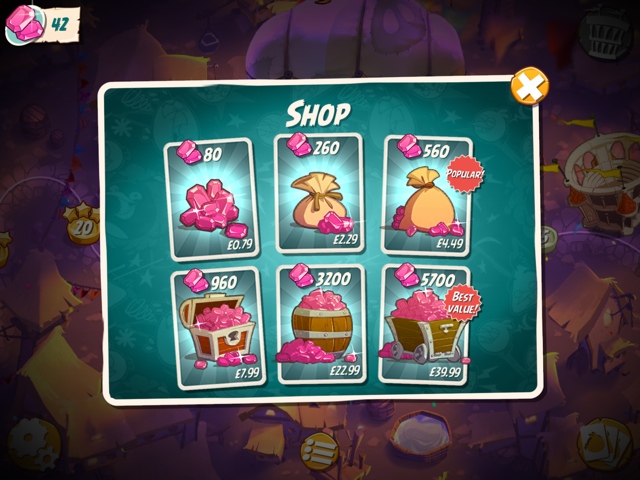 Overall, a great game that's very familiar to players of the original but ultimately frustrating due to micro transactions.
This post is part of the Blaugust 2015 initiative. If you are interested in taking part, all the information can be found by clicking the logo below.

Despite having access to a number of mobile devices, I'm rarely hooked by mobile and tablet games. I find they are often poor versions of a PC game or blatant cash grabs. Two games recently however have grabbed my attention and has me fighting with a four year for my iPad. 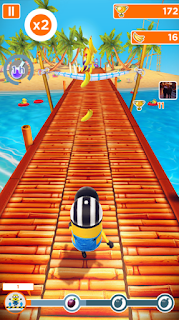 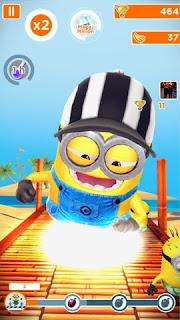 The first, which was actually introduced to me by my daughter (aforementioned four year old) is Minion Rush. Featuring those little yellow fellows that seem to be everywhere right now, you control a minion in  a forward facing platform race, following a path, jumping and ducking obstacles and collecting bananas. You are required to collect a certain amount of yellow fruits along with smacking fellow minions (committing Despicable Acts) and other crazy stuff. Overall very addictive with a cash store for cosmetics and life unlocks (which are otherwise timed) 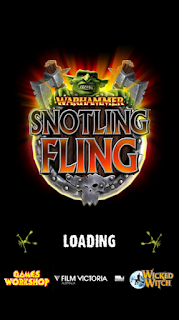 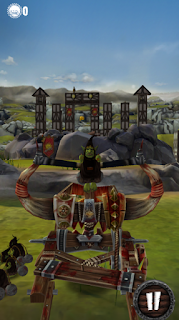 The second game that's been keeping me coming back for more is Warhammer's Snotling Fling. Set in the Warhammer battle universe, this game is similar to Angry Birds, but it's forward facing rather than side scrolling and the enemies are warriors of the empire, stationed in various buildings and the ammunition are Snotlings, tiny goblins trained to be fired from massive catapults. There are also spells you can use to find alternative ways to destroy the enemy, though I struggled to use these effectively. Just as addictive as Angry Birds and has a cash shop to unlock otherwise timed life timers.

This post is part of the Blaugust 2015 initiative. If you are interested in taking part, all the information can be found by clicking the logo below.

Turbine have now announced the servers that will be closed allowing for merges to create 10 larger servers.

That leaves 5 servers in the US - Arkenstone, Crickhollow, Landroval, Gladden and Brandywine, and 5 EUE servers - Belegaer, Gwaihir, Sirannon, Laurelin and Evernight.

Obviously this has left a lot of people sad that they are being uprooted from their home server that some have been at for close to eight years. I personally spent the first five years solely on Windfola and have a roster of 9 characters there. Fortunately, a couple of years ago I rolled a whole new roster on Landroval and the community there made the game a lot more attractive to the point it became pretty much a permanent home. I am actually happy that I can now transfer many of my Windfola characters over, some of which are either at level cap or very close and not only that, my former kinship and some old friends will be joining me on Landroval.

While I feel sorry for those being uprooted against their will, I will say this change will be a good thing and the benefits are a larger community will enrich the game further for you, and give us greater numbers to fight the threat ahead,  at least till the day we sail off to the West and the sun sets on all of Lotro's servers. 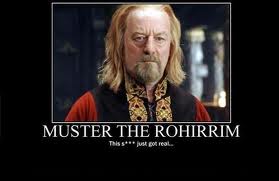 This post is part of the Blaugust 2015 initiative. If you are interested in taking part, all the information can be found by clicking the logo below.

Blaugust Day 3 - My Kinship's very own pub in LOTRO

They're a very creative bunch, The Courserrim, my kinship on Lotro's Landroval server but tonight I was invited to take a look at the latest creation, our very own Public House.

There are some very nice touches; yellow and green flowered wallpaper (flock, I'm sure, if I could feel it), tables of tankards and all the kegs and shelves stacked with mugs you could wish for.

The pub was designed by Kin leader, Bredhe and Kin-friend, Daffodilia, with a little colour inspiration from yours truly. Stools were provided by the House of Trecalia.

We are on the lookout for a 'Laden Tasting Table', a fairly rare item, so if anyone of Landroval has one spare, please get in touch. We'll allow you honourary membership and all the beer you can drink!

And, of course, if anyone is looking for a friendly kinship on Landroval, with a strong interest in the source material, The Courserrim, which also incorporates the award winning Remediators band,  welcome new applicants.

Our kinship page is http://courserrim.guildlaunch.com/ and you can contact Bredhe in game for more information. We are also on Anook at http://www.anook.com/community/the-courserrim

This post was already in mind before I saw a writing prompt from Void of A Green Mushroom blog,  to name your Evergreen game, the game you keep coming back to month after month, year after year so felt this fits the bill.

Of all MMO's I've dabbled in, Lord of the Rings Online is the one keep coming back to. My first true MMO, I discovered just before the release of the expansion, Siege of Mirkwood in 2009. 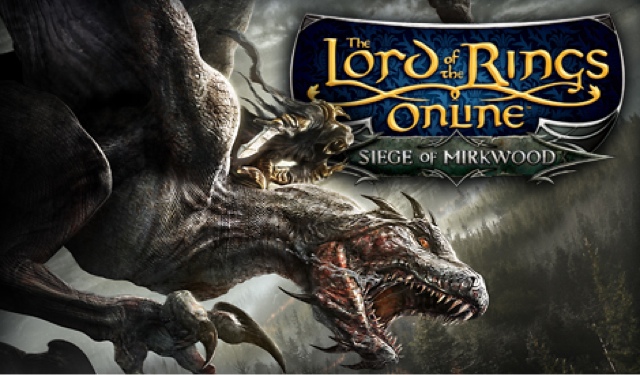 During those years, levelling was a slow process. It was close to a year before I got anywhere close to level cap on Jestro, my hobbit hunter and didn't even dream of having an alt. I never so much as looked at another MMO for about four years and even when I did it was a brief dalliance to return to my first love.

When my interest began to wane, I found renewed joy by playing on another server, rolling a new character on Landroval, having burnt out playing 9 alts on the Windfola server. This coincided with the Coursera course that revolved around the game and along with a new kinship and a community of roleplayers, it gave me a renewed interest.

A year on, I discovered Guild Wars 2 and that took over. I was burnt out again, having reached cap on my warden and rolled even more alts. I stopped playing Lotro altogether. After about two months I decided to end my sub, for the first time in 6 years. As my sub ran out, I logged in to say goodbye and found myself drawn in again. It felt fresh once more and as I'd been having problems with GW2 crashing, I'd become frustrated so returned to my old flame. My account lapsed for a full 24 hours. I logged in, realised what a pain it was not to have the functionality I'd had before, so I resubbed. That was a couple of weeks ago and I've been playing every day since.

I've decided to try and focus on one character, my captain Diaspora, and so far it's working. Spreading myself thin quickly leads to burnout and I'm loving running through Rohan again and seeing things I missed before as I rushed through the content. The kinship is more active than ever before with new people coming through every day and with server merges ahead, things are looking rosy, at least for Landroval. I suspect Windfola may be one of those put to the wall, so I may have to transfer most if not all to Landroval. This will give me a diverse pool of crafters though the thought of trying to get all of them to level cap leaves me with cold sweats.

So it's August again (or will be in 7 hours or so in the UK) and with it comes Blaugust, a challenge from Belghast of the Tales of the Aggronaut blog. The event brings together a community of bloggers to post every day through August (or at least post 31 times). If you blog occasionally and would love the impetus to blog more often or would like to start a new blog give it a go!

Last year I came in part way through the month so didn't hit the goal so I'm excited to challenge myself this year, starting tomorrow. As I have submitted my consolidated site as the blog, http://www.knifesedge.net, my posts will very likely stray from gaming but I endeavour to have something out on a daily basis.

Here are the guidelines as laid out by Belghast.

For the full rules, head to the official announcement.
Also,  Anook is getting involved this year to add further encouragement.

Let the insanity begin!
Posted by Knifesedge at 09:46 2 comments:

Email ThisBlogThis!Share to TwitterShare to FacebookShare to Pinterest
Labels: Blaugust

Having been a fan of Warhammer since the very first edition back in the early 80's and being a fan of all the Total War game, I was interested in this title but having seen this early Alpha footage, I'm sold.

The battle shown is the Battle of Black Fire Pass, an iconic location in the Warhammer Old World and it's rendered beautifully with all the elements I love about the franchise, goblins on boars, steam powered siege engines and of course Goblin Magic - Waaagh!